An arraignment is your initial appearance in court for your criminal defense case. It is one of your constitutional rights to be presented with the charges against you. It is one of the defendant’s first chances to appear in front of the judge, even though your case will not be won at an arraignment. However, do not make the mistake of thinking that the arraignment is a formality. 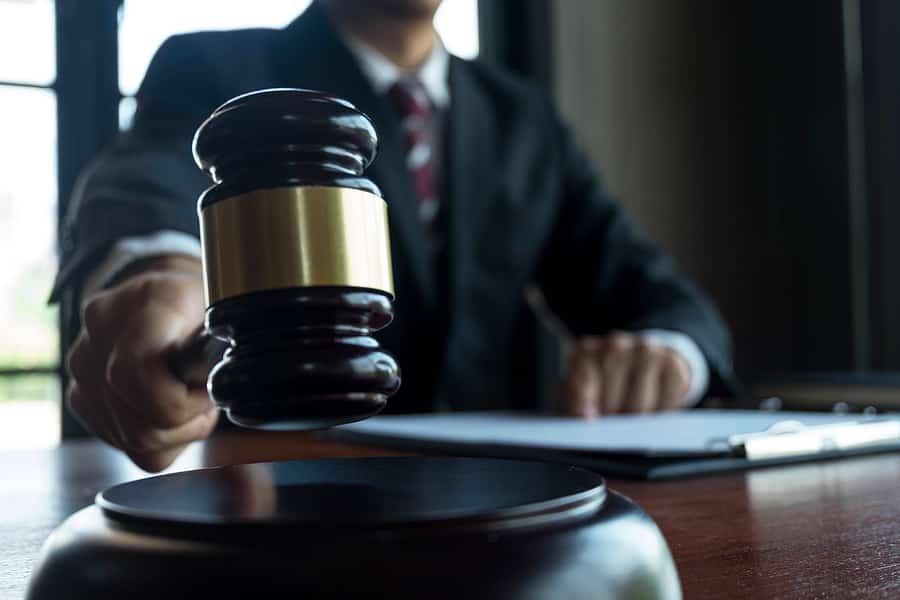 In Wisconsin, every defendant has the right to an arraignment in a felony case. If they are charged with a misdemeanor, they will have an initial appearance in front of a judge. The arraignment is often held right after the preliminary hearing.

The Defendant Must Be Informed of the Charges

The purpose of the arraignment is to satisfy the defendant’s right to learn of the charges against them. A defendant cannot be held indefinitely without being informed of the charges they face and have the ability to seek release from custody.

The arraignment is held very early in the case. It is usually the defendant’s first appearance in front of the judge very shortly after they are arrested. It is held in open court and not in secret or private.

The defendant has the legal right to hear the crimes with which they have been charged. If the defendant wants, they can have the charges read to them. Prosecutors will have initial charges filed in the case, but they may always add new charges as they learn additional information in their investigation. An arraignment does not prevent them from charging you with additional crimes.

The Defendant Will Enter Their Plea at the Arraignment

One of the most important things that will happen at an arraignment is that the judge will decide whether to grant bail. They will consider the following factors:

If the judge decides to grant bail, they will set an amount. In some cases, such as when the charges are less serious, and the defendant poses no risk to others, the judge will release the defendant on their own recognizance.

The judge may also set conditions of release at the arraignment. For example, if the defendant is charged with domestic violence, they may be ordered to maintain a certain distance from the alleged victim. If the alleged crime involves a computer, they can be ordered to remain off the internet.

Some Defendants May Be Taken Into Custody at the Arraignment

In other cases, the judge may order the defendant taken into custody. If that is the case, the defendant will eventually be entitled to a bail hearing where they can challenge the judge’s decision and seek their release on bail. Defendants cannot be held indefinitely without being given a chance to argue why they should be released pending trial.

Defendants have the legal right to waive arraignment, but they should never do that unless their terms of release are already set. In some cases, the defense and prosecutor may negotiate the terms of release ahead of time. Otherwise, the defendant should not waive their right to an arraignment. Nonetheless, waiving arraignment is more common when the charges are less serious.

The first time that you are in court will be very stressful. It is then that you realize the weight of what you may be facing. Having a lawyer by your side who can help you through the court appearance can lessen some of the anxiety.

You Should Have a Lawyer at the Arraignment

Ideally, defendants should have an attorney in place at the time of the arraignment. They should have legal counsel when they go in front of the judge for the first time. While the defendant will not win their case at the arraignment, they should know what to avoid saying to a judge that might make a bad impression. Your first appearance in court when charged with a crime can be stress-inducing and scary, and you should have an experienced attorney by your side.

In addition, you need a lawyer to speak up for you when the conditions of your release are being set. The judge may set very strict conditions that may keep you from doing important things (like going to work or church), and a lawyer can state your case to the judge to set different conditions.

If you have been arrested or learned that you are under investigation, you should not waste any time in getting the legal help that you need to deal with your legal situation. The lawyers at Hogan Eickhoff can be ready for you at any time. Call us at (920) 450-9800 or contact us online to schedule your free initial consultation to discuss your case. Delaying a call to a lawyer increases the chances that you may make a mistake or that law enforcement may violate your constitutional rights.

This website uses cookies to improve your experience while you navigate through the website. Out of these, the cookies that are categorized as necessary are stored on your browser as they are essential for the working of basic functionalities of the website. We also use third-party cookies that help us analyze and understand how you use this website. These cookies will be stored in your browser only with your consent. You also have the option to opt-out of these cookies. But opting out of some of these cookies may affect your browsing experience.
Necessary Always Enabled
Necessary cookies are absolutely essential for the website to function properly. These cookies ensure basic functionalities and security features of the website, anonymously.
Functional
Functional cookies help to perform certain functionalities like sharing the content of the website on social media platforms, collect feedbacks, and other third-party features.
Performance
Performance cookies are used to understand and analyze the key performance indexes of the website which helps in delivering a better user experience for the visitors.
Analytics
Analytical cookies are used to understand how visitors interact with the website. These cookies help provide information on metrics the number of visitors, bounce rate, traffic source, etc.
Advertisement
Advertisement cookies are used to provide visitors with relevant ads and marketing campaigns. These cookies track visitors across websites and collect information to provide customized ads.
Others
Other uncategorized cookies are those that are being analyzed and have not been classified into a category as yet.
SAVE & ACCEPT
Home » Our Blog » What Happens at an Arraignment?